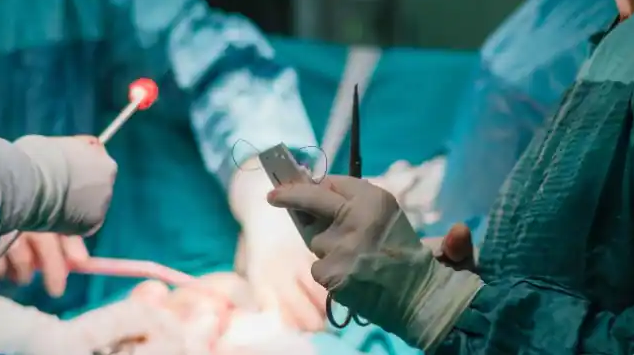 According to
Sikander, the RHC personnel performed the surgery on Sunday and cut off the head of the child in the uterus itself. Due to this, the woman’s health deteriorated and she was taken to a nearby hospital in Mithi, where there was no arrangement for her treatment.

Sikandar told that after this the family members of the woman took her to LUMHS, where the rest of the child’s body was taken out. The baby’s head was trapped inside and the mother’s uterus was damaged, due to which doctors had to perform abdominal surgery to save the woman’s life and remove the child’s head.
Director-General of Sindh Health Services Dr. Juman Bahoto has ordered an inquiry into the incident related to playing with the lives of the mother and child. He said, “The inquiry committee will find out what happened in the case. She will specifically try to find out why there was no female gynecologist or staff in the RHC at Chhachro.”

Photo said the inquiry committee would also look into reports that videos of the woman were made while she was on the stretcher. He said that some employees in the gynecology ward took photographs of the woman from their mobiles, made videos, and shared them with the people.