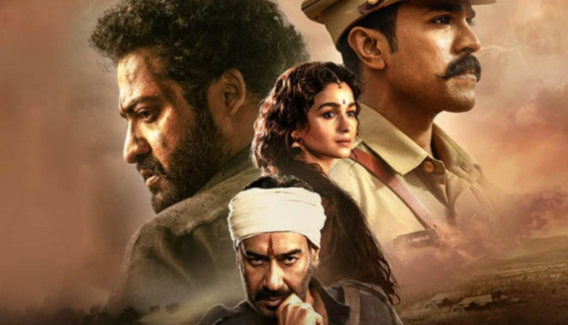 RRR Hit On OTT SS Rajamouli’s film is seeing a lot of craze among the foreign audience. Many foreign film experts have also discussed the film on social media. No Indian film has got so much buzz abroad.

New Delhi, Jnn. SS Rajamouli’s film RRR has done tremendous business in theatres. The Hindi version of the film collected a net collection of more than 277 crores, after which the film was streamed in Hindi on Netflix. The film created a ruckus as soon as it came on OTT. Due to the craze among foreign audiences about RRR, it has become the most watched Indian film worldwide. Netflix has officially announced it.

The platform told through a post on social media that RRR is the most popular Indian film worldwide on Netflix. It has been viewed 45 million (45 million) hours in various countries. Let us tell you, RRR is a 3 hour 5 minute film, that is, it can be said roughly that the film has been streamed 1.5 crore times.

The enthusiasm of the foreign audience about RRR is palpable. Especially, the action sequences of the film are affecting him tremendously. The comments being made about the film in social media shows how much the action of Rajamouli’s film is being liked.

RRR was released in theaters on 25 March. The film has grossed more than 1100 crores worldwide. The film hit Netflix on May 20. The film is available in Hindi language with English subtitles. At the same time, it was released in South Indian languages on Zee5 on the same date. The story of RRR is written by Rajamouli’s father KV Vijayendra Prasad.

The film featured Ram Charan, NTR Jr., Alia Bhatt and a few foreign actors in the lead roles, while Ajay Devgn and Shriya Saran made cameos in the film. Alia was paired with Ram Charan. Shriya plays Ajay’s wife and Ram Charan’s mother. Stunning action sequences have been shot on Ram Charan and NTR Jr.