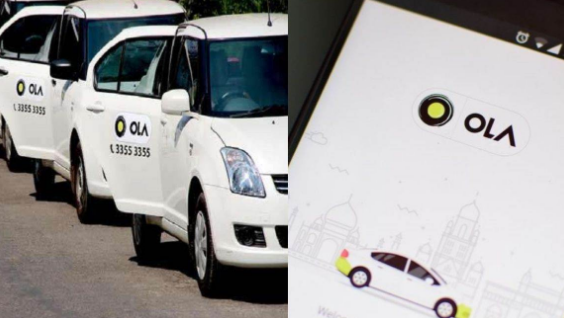 Ola had launched a platform called Ola Cars late last year as part of the pre-owned car festival where people could buy and sell second-hand vehicles. At the same time, the company has also launched the teaser of its first electric car this month.

New Delhi, Auto Desk. Known for its stock vehicles, Ola launched its used car division in October last year and in just eight months, the company has decided to wind up the division. In fact, in view of the increasing demand for electric vehicles in India, the company has decided to focus its attention on the electric vehicle and mobility business. Apart from this, according to media reports, Ola has also decided to discontinue its grocery delivery service Ola Dash.

information given by the company

In an official response, a company spokesperson said that Ola has re-evaluated its priorities and has decided to discontinue its QuickComms. “The infrastructure, technology and capabilities of Ola Cars will now be re-engineered to enhance our Ola Electric sales and service network,” the spokesperson said.

For information, let us tell you that at the end of last year, a platform named Ola Cars was started under the pre-owned car festival, in which people could buy and sell second-hand vehicles and customers would get great offers on their purchase. And discounts were also given. In this, many services could be availed like free servicing for two years, 12 months warranty and 7 days easy return policy.

It is worth noting that Ola Cars had also made all preparations to expand its business. The company had also announced the expansion of its business to 100 cities with 300 centers across the country and was also preparing to hire more than 10,000 people for its vehicle service, support and sales support. However, now the company has decided to separate from this business and focus on the EV market.

Recently the teaser of the electric car has been released

Let us tell you that on the occasion of Ola Customer Day this month, the company released the teaser video of its first upcoming premium electric car, in which it looks a lot like the Kia EV6 when viewed from the front. Talking about the look, the teaser shows wide LED lighting on the front side, while the rear like Kia can be seen in it. The car is currently in its early development stage and it may take two years to launch. At the same time, Ola Electric CEO Bhavish Aggarwal has informed that more details of this car will be revealed on August 15.