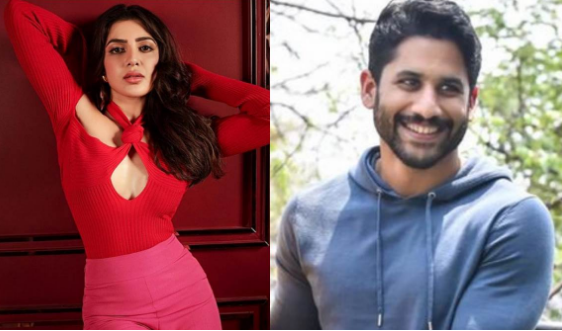 Samantha Ruth Prabhu and Naga Chaitanya met during the shooting sets, after which both of them got married with much fanfare in the year 2017 but on 2 October 2021, both of them separated from each other.

New Delhi, Jnn. Samantha Good News Amid Naga Chaitanya Relatipnship: Samantha Ruth Prabhu is in constant headlines these days for Naga Chaitanya. It has been a long time since Naga and Samantha are separated from each other. Despite this, his news is not the social media talk of the town. These days, after the divorce from Samantha, the name of Naga Chaitanya is being associated with someone else for an affair. At the same time, now a big happiness has come in Samantha’s life too. Samantha’s fans will jump with joy knowing this.

In the study of ‘Ormax Stars India Loves’, the stars of the South are completely dominated in terms of popularity. Only Telugu actresses have 5 names in the top-10 list of ‘Ormax Stars India Loves’. The names of 5 Telugu, 3 Hindi and 2 Tamil actresses are included in this list. The interesting thing is that South Superstar Samantha is at the top of this list. On the other hand, Alia Bhatt, Deepika Padukone and Katrina Kaif from Bollywood are included in this list. Let us tell you that Alia is in second place, Deepika is in fifth place and Katrina is in seventh place. Due to Samantha’s name being on the top, her fans are looking very happy.

Naga Chaitanya’s name is being associated with this actress

Regarding Samantha Ruth Prabhu, where there was news a few days ago that her affair is going on with someone. So right now the name of his ex-husband Naga Chaitanya is in a lot of discussion with actress Shobhita Dhulipala. For a long time, there has been continuous news in the media that both of them are dating each other. In fact, the news of Naga and Shobhita Dhulipala’s affair gained momentum when both were seen in their new house. Not only this, apart from this, both were seen together on many occasions, after which the news of their affair caught on. However, neither of them has issued any statement regarding this.