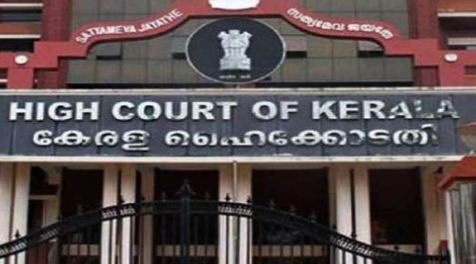 Vishnu was murdered in front of the Kaithamukku passport office in Thiruvananthapuram on 1 April 2008. Vishnu, who was a member of the CPIM’s branch committee, was charged in a case related to the bombing of RSS workers and an RSS office.

Kochi, ANI. The Kerala High Court on Tuesday quashed an order of the lower court. This was the case of the alleged murder of local CPI(M) leader Vishnu in 2008. The court acquitted 13 RSS workers in this regard.

The High Court, considering an appeal filed by the accused challenging the order of the Additional Sessions Court at Thiruvananthapuram, acquitted them, in which 11 accused were sentenced to double life imprisonment, one to life imprisonment and the rest to one to three years in jail. was heard. The court said that there is not enough evidence to prove the crime.

Please tell that Vishnu was murdered on 1 April 2008 in front of Kaithamukku Passport Office in Thiruvananthapuram. Vishnu, who was a member of the CPIM’s branch committee, was charged in a case related to the bombing of RSS workers and an RSS office.

The trial was completed in seven months on the special instructions of the High Court. During the hearing, around 77 witnesses were cross-examined and 162 documents and 65 physical evidences were examined. The Sessions Court found him guilty on 17 December 2016 and sentenced him on 19 December.

On the other hand, 19 workers of the Students Federation of India (SFI), the student wing of the ruling CPI(M) were arrested in Kerala in connection with the vandalization of Congress leader and Wayanad MP Rahul Gandhi’s office. The opposition Congress-led UDF had hit out at Kerala Chief Minister Pinarayi Vijayan over the incident, saying the attack took place with his knowledge.