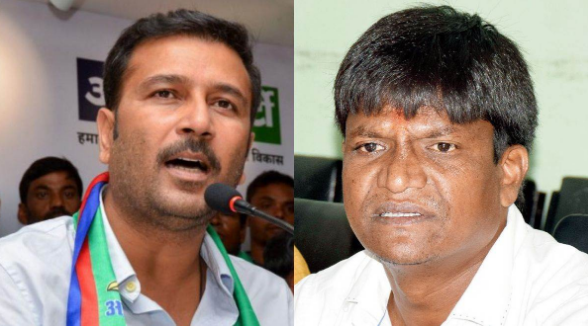 Jharkhand MLA In Trouble The election of MLA Dhulu Mahto has been challenged in the court by Jaleshwar Mahto. Now the court has asked the election officer to provide the voter register. After that the hearing will take place. On the other hand, the court has given relief to Sudesh Mahto in the assembly gherao case.

Ranchi, State Bureau. The petition challenging the election of Baghmara MLA Dhulu Mahto was heard in the court of Justice Gautam Chaudhary of Jharkhand High Court. During the hearing, the court has directed the Returning Officer to present the voter register in the court at the earliest. The next hearing in the matter will be on July 20.

Let us inform that Jaleshwar Mahto has challenged the election of Baghmara MLA Dhulu Mahto by filing an election petition. It has been said in the petition that there has been a mistake in the counting of votes. In such a situation, by declaring the election of Dhulu Mahto illegal, he should be declared victorious.

On the other hand, hearing on anticipatory bail of four others including AJSU supremo MLA Sudesh Kumar Mahto, Gomia MLA Lambodar Mahto, accused in the Vidhan Sabha gherao case, was held in the court of Additional Justice Dinesh Kumar. After hearing all the parties, the court has provided anticipatory bail to all. Advocate Bharat Chandra Mahato argued on behalf of the petitioner in the matter.

Along with the above two, the court has also granted relief to Hakim Ansari and Manjul Ansari. Petitions were filed on behalf of all the accused seeking anticipatory bail. On March 7, 2022, an FIR was lodged by Mandar BDO Suleman Ansari in Nagdi police station on charges of obstructing government work, assault and other charges. In which there is an allegation of blocking the road and creating ruckus at Daladali Chowk, breaking barricades and traffic sliders, damaging government property in violation of the government order during the assembly gherao.