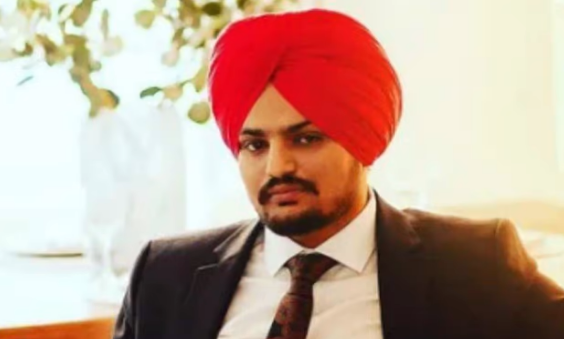 During the interrogation of Commissionerate Ludhiana, it was revealed that the weapons were handed over to the gangsters by Baldev Chaudhary. He had come to Bathinda by supplying arms and the police engaged in the investigation of Sidhu Musewala murder case had already disclosed that AK-47 could also be used in the murder.

Punjab Police has so far arrested many gangsters in the Sidhu Musewala murder case. At the same time, gangsters Jagroop Singh Roopa and Manpreet Singh Mannu Kussa have been killed in a police encounter in Amritsar. In this case, Ludhiana Commissionerate Police has also arrested Sandeep Kahlon, nephew of former Speaker of the Assembly Nirmal Singh Kahlon. It is alleged that he, along with his accomplice Satbir, had taken the gangsters to Bathinda at the behest of Jaggu Bhagwanpuria before carrying out the murder.

According to sources, gangster Ranjit has complete information about gangsters of neighboring states apart from Punjab. The police is trying to get complete information about the gangsters by arresting Ranjit. Ranjit can make many big revelations in Sidhu Musewala murder case. Mani Raiya, Mandeep Toofan, Ranjit and Deepak Mundi, who are big names in this case, are still absconding. Police can control them and take further action.

Hard pairing, also inquired but Ranjit could not be traced
CIA 2 team has arrested gangster Satbir and one of his associate Ankit Sharma. Weapons have also been recovered from them. After this it was revealed that he belonged to Lawrence Bishnoi gang and the weapons were handed over to him by Jaskaran Singh alias Karan, a resident of Bhadso area of ​​Patiala. After this the police arrested Satbir, then Satbir revealed many secrets. After this the Commissionerate Police reached Sandeep Kahlon.

Sandeep Kahlon has been very close to gangster Jaggu Bhagwanpuria and on his behest, Sandeep Kahlon along with his two companions Mani Raiya and Mandeep Toofan sent Ranjit to Bathinda via Satbir. The police also interrogated everyone by sitting face to face so that the three gangsters could be traced but nothing was found about anyone. Although it is coming to the fore that some other gangsters were present at the place where Rupa and Manu Kussa had an encounter, but they had left before the police arrived and Manu and Roopa were not even informed about the police action. not found.

Preparation to bring everyone back on production warrant
During the interrogation of Commissionerate Ludhiana, it was revealed that the weapons were handed over to the gangsters by Baldev Chaudhary. He had come to Bathinda by supplying arms and the police engaged in the investigation of Sidhu Musewala murder case had already disclosed that AK-47 could also be used in the murder. After the encounter of Roopa and Manu, AK-47 was also found from there.

According to sources, senior officers of Punjab Police are linking the action taken during the investigation of Sidhu Musewala murder case in every district. Sources reveal that the Commissionerate Police may take the arrested accused again on production warrant so that the weapons recovered after the encounter can be ascertained. Apart from this, the remaining gangsters who are absconding can also be traced. Apart from this, the police is also investigating from where the post Mani Raiya and Mandeep Toofan have posted on social media.