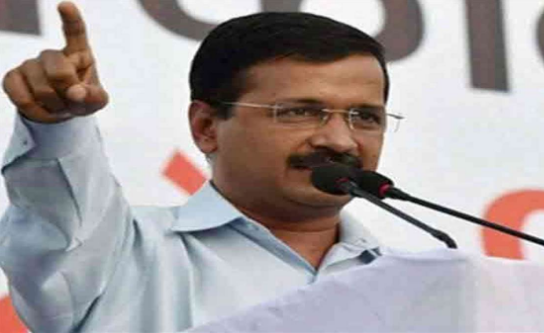 Under the Delhi News Mission Excellence Scheme, checks worth four crores were distributed to 60 players. On this occasion, Arvind Kejriwal has announced that now graduate sports graduate will be given the degree of cricket graduate Kabaddi.

New Delhi, State Bureau. Now whether you play kabaddi or wrestling, play cricket or make a name in football, you will get a bachelor’s degree in the sport in which you will perform better. This announcement was made by Chief Minister Arvind Kejriwal on Friday at a program organized at the Delhi Secretariat to give a check of about Rs 4 crore to 60 players under the Mission Excellence Scheme.

Arvind Kejriwal said that there will be some players who will already be established in Delhi Sports University, but their skills have to be refined further. Apart from this, children of class VI-VII, who have some talent, will be given a chance to play by involving them in the school. Then they will be dressed up as players. They will not be prepared for BA, MA in sports, rather they will be given graduate sports, graduate cricket, graduate kabaddi degrees.

He said that in sports, people face a big problem that what will happen if they miss their studies while playing and cannot even graduate. If you do not get selected in the game, then you will not get the job. But, that will no longer be a concern. Now play kabaddi or do wrestling, play cricket and football, you will get a bachelor’s degree in that sport in which you will perform better.

He said that God bless you make a lot of progress in the game, but unfortunately, even if nothing special happens in the game, the path of the job will not be closed. You will also get a job.

He said that I hope that with the kind of infrastructure being created in Delhi, Delhi will bring laurels to the country at the international level in future.

CM said that I am very happy that we had helped 117 players in the first year and today checks have been given to 60 such players who have applied for financial assistance under Mission Excellence. Everyone has been given a different amount.

Sisodia Deputy Chief Minister and Sports Minister Manish Sisodia said that if our players win, they all give money, respect, but when players are struggling during training, they do not have money for training and other sports related facilities. when no one comes forward to help them.

He said that in the year 2018, Sharad Kumar and Ravi Dahiya were the initial players, who were assisted under Mission Excellence and both of them made the country proud by winning medals in the Olympics.