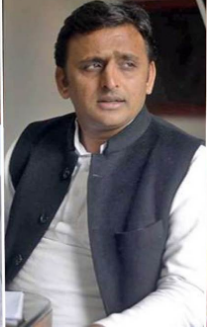 Azamgarh Amazing Facts In Azamgarh district, by-elections have been held thrice, as well as three chief ministers have had a relationship here. Apart from Akhilesh Yadav, Mulayam Singh Yadav, Ram Naresh Yadav has also been associated with Azamgarh Lok Sabha.

Azamgarh, Jagran Correspondent. By-election is being held for the third time in the history of 69-Azamgarh Lok Sabha seat. For the first time in the elections held so far, the ruling party had to face a crushing defeat, while in the second election, the ruling BSP in the state managed to save its seat. In the third by-election also, there is bound to be a neck-and-neck battle between the power and the opposition.

In 1977, in the Janata Party wave, Azamgarh veteran Ram Naresh Yadav became MP by defeating Chandrajit Yadav of Congress by 1,37,810 votes, but when he was made the Chief Minister of Uttar Pradesh, the seat fell vacant. By the way, Akhilesh and Mulayam Singh Yadav have also been the CM of the state and MP from here. When the by-election was announced in 1978, Congress fielded Mohsina Kidwai in place of Chandrajit. Indira Gandhi herself took charge of the campaign for them. Its effect was that the Janata Party wave was neutralized and Mohsina Kidwai defeated Rambachan Yadav of the Janata Party. Then Janata Party’s Ram Bachan Yadav got 95,944 votes, while Congress’s Mohsina Kidwai got 1,31,329 votes.

The public had to face the second by-election in the year 2008 at that time. When Ramakant Yadav became an MP on BSP ticket in the year 2004, the closeness of SP grew and his membership was terminated by BSP. SP fielded former minister Balram Yadav by not giving ticket to Ramakant in the by-election. In this situation, Ramakant Yadav joined the BJP and entered the fray. Then the BSP, which was in power, gave full force by taking down Akbar Ahmed Dumpy and won the seat by a margin of 52,368 votes. At that time the SP had to be content with the third position with 1,53,671 votes.

Now the by-election is being held for the third time after the resignation of Akhilesh Yadav. If we look at the results of the assembly elections, the atmosphere is pleasant for the SP, but the results of the Legislative Council elections have been equally sad. But in the election of the member of the Legislative Council held a few days later, even ten MLAs could not save the seat. It is to be decided between Guddu Jamali whether the SP is successful in saving its seat or whether the power of power will cross Nirhua’s fleet.