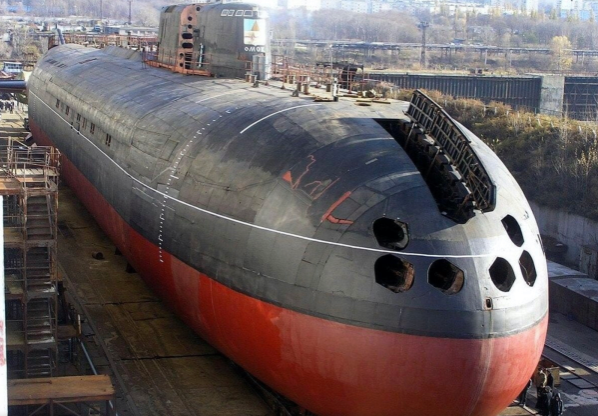 Russia has the world’s largest weapon This submarine can be used in many ways Submarine has been handed over to the Russian Navy
Belgorod Submarine: The Russian Navy has recently got the world’s largest submarine. The creators of which say that it is a kind of research submarine. That is, it has been created to do work related to search or information gathering. But if Russia’s enemies are to be believed, they say that Russia can also use it as a spying and nuclear weapon. The name of the submarine is Belgorod. It has been handed over to the Russian Navy this month. It is delivered from Severodvinsk port. This information has been given by the country’s largest shipbuilding company Sevmash Shipyard.

According to experts, some changes have been made to the design of the submarine. It is a modified version of Russia’s Oscar II class guided missile submarine. The purpose behind making it is to carry the world’s first nuclear capable torpedoes and equipment needed for intelligence gathering from one place to another. If Russia succeeds in the use of Belgorod, then this submarine can become a big reason for the cold war with America. Such reports often come, in which the submarine of Russia and America are said to come face to face.

The length of the submarine is 608 feet

Now let’s talk about the merits of Belgorod. It is 608 feet long and is the largest submarine in the world. It is larger than the Ohio class ballistic and guided missile submarines that America has. The Ohio class submarine is 569 feet long. Belgorod was first seen in the year 2019. At that time it was believed that it could be handed over to the Russian Navy by 2020. But it got delayed due to Corona virus. It was not told then that after how much time they would be deployed. Belgorod is quite different from the rest of Russia’s nuclear submarines.

The biggest torpedo will be kept

Along with this, the torpedoes that will be kept in the submarine are also the largest torpedoes in the world. When the submarine is deployed, it will be able to launch torpedoes equipped with Poseidon nuclear capability. Poseidon is designed in such a way that it can target the enemy from a distance of hundreds of miles. American submarine expert HI Vuitton says that Poseidon is a completely new class of weapon. It can change everything for Russia and the whole world. This is the reason that now all the countries have started realizing the need of new types of weapons and lethal weapons to counter the enemy country.

China has also made special weapons

Earlier, similar news had come from China as well. In which it was said that China has made a nuclear robot. These ‘killer robots’ have cost less to make, and for this reason their cost is also very low. China is also making a fleet of robots. Those that can be carried inside a military ship or submarine and can also be placed inside a torpedo tube. According to Hong Kong newspaper South China Morning Post, China can use robots even when these submarines are in its waters.

Can attack from underwater

It is very difficult to attack from a warship or fighter aircraft in the waters of an enemy country. But China can now strike with a full army of torpedoes in the Pacific Ocean within a week. It is being told that Chinese scientists have completed the design work of this weapon so far and now it is yet to be finalized. Chinese scientist Guo Jian says that this technology will be very cheap and it will also be easy to use. Because of this, weapons can be manufactured on a large scale.

A nuclear weapon can target