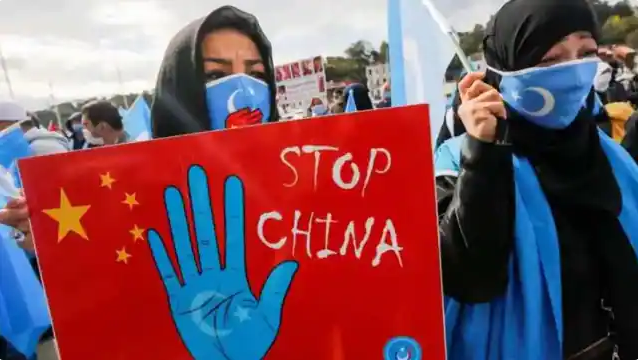 America imposed a ban on the products being made in Xinjiang, China, know why
The US has banned products imported from China’s Xinjiang region. According to reports, now Chinese firms will have to prove that it was not made by forced labor to sell the goods of the Xinjiang region to America.US officials say minority Uighur Muslims in the Xinjiang region are being arrested and forced to work.

Several products from the Xinjiang region are already banned in the US, including cotton and tomatoes. The Uighur Forced Labor Prevention Act (UFLPA) that went into effect on June 21 will expand restrictions on all imports.US Republican Senator Marco Rubio, Democrat Senator Jeff Merkle, and two other lawmakers have said Congress stands ready to work with President Joe Biden and his administration to fully and strictly implement the landmark law.

China has imprisoned millions of Muslim minorities in Xinjiang?

Reports suggest that China has placed a large population of minorities in detention camps in the Xinjiang region, but Beijing has consistently denied this. Since April 2017, China has imprisoned more than one million Uighurs and other Muslim minorities in Xinjiang, according to the US Congress. Reports suggest that China makes these thousands of prisoners work without minimum wage or any remuneration.